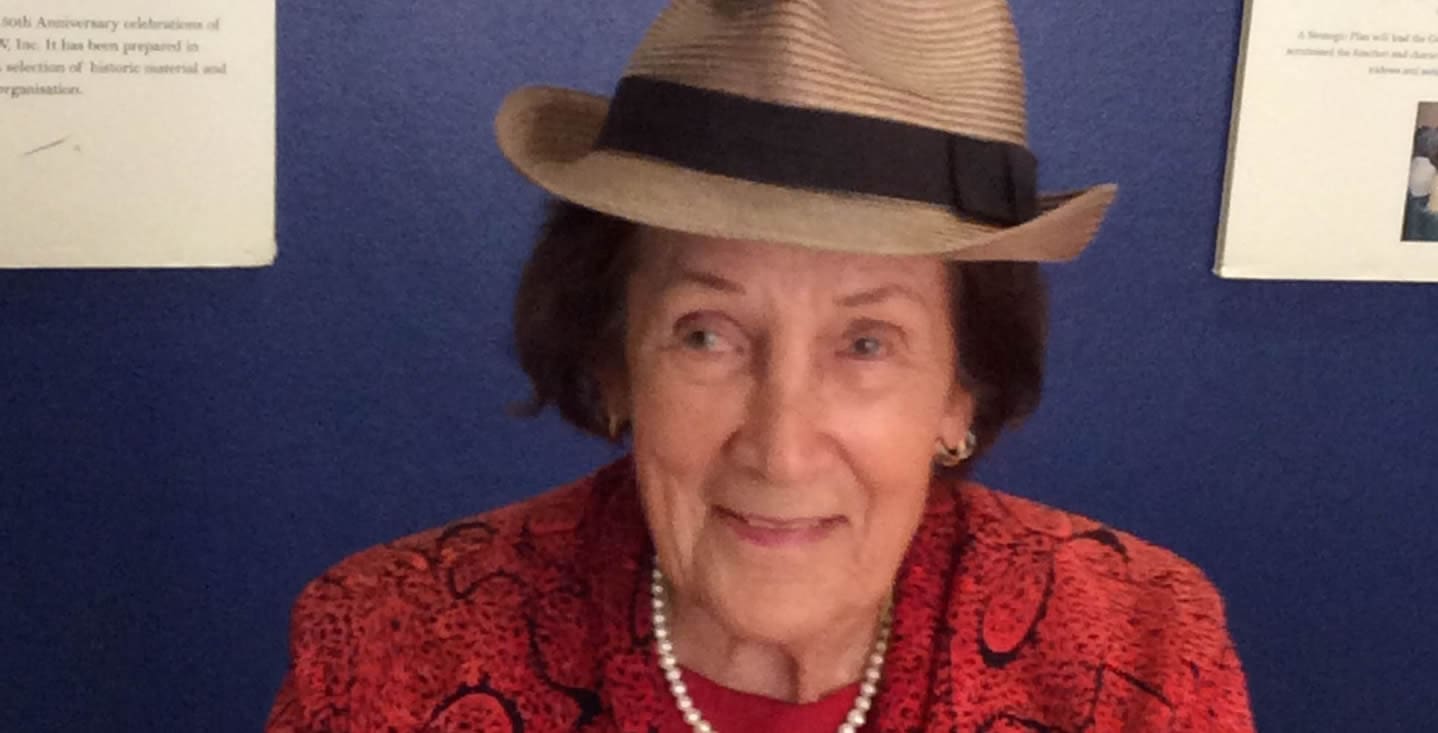 Mrs Niki Alldritt is one of the few remaining World War 1 widows and is the widow of Private Robert (Bob) Gregory Alldritt. Bob joined “A” Company of the 18th Battalion in September 1915 and served at Gallipoli. He was discharged in September 1916 due to illness.

Bob and Niki met on a ship travelling from England to Sydney. Niki was on her way to New Zealand as part of the “ten pound pom” scheme. They married in St Stephen’s Church in Macquarie Street, Sydney, and had many years of happy marriage until he passed away in 1969.

Bob was an architect for the Bank of NSW. When he retired he was the last First World War veteran among the bank’s salaried staff. Bob never spoke of his war experiences, but he did take part in the Anzac Day marches which Niki watched every year.

Niki has been a valued member of the War Widows’ Guild for over 30 years, taking part in numerous functions and events over that time. In 2015 she travelled to Gallipolli and laid a wreath representing World War 1 War Widows.

Nikki remains active and still visits Guild Head Office regularly. She is welcomed for her lively spirit and wonderful sense of humour.