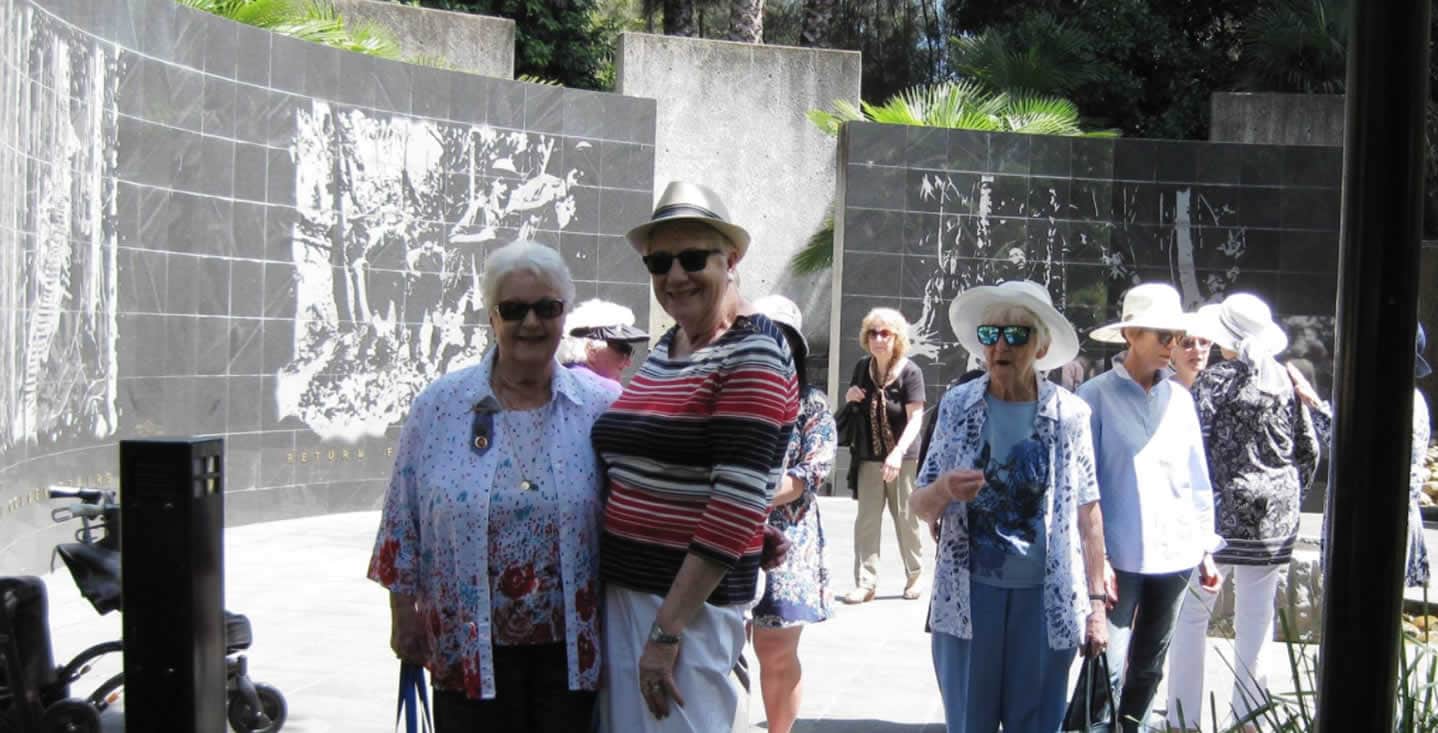 The War Widow’s Annual Walk and Picnic will next take place on Thursday, 10 September 2020 at Kokoda Track Memorial Walkway Concord.

Before the walk became part of the Guild’s program, the Guild Digest published articles reminding members of the physical and mental benefits of improved mobility and promoting gentle exercise.

Veterans’ Health Week was first held in March 1993 and in the following year during Veterans’ Health Week, the Guild rallied its members to participate in the inaugural War Widows’ Walk; on 16 March 1994; it was a great success. On the steps of the War Memorial in Hyde Park, DVA Deputy Commissioner Mr Geoff Stonehouse cut the ceremonial ribbon and 250 members set off along Macquarie Street to the Botanic Gardens. Walkers arrived to the sounds of a string quartet in the Gardens.

Over the years, come rain or shine, hundreds of members turned out for these gentle strolls along city paths and landscaped walkways. For a number of years, members packed a picnic lunch to enjoy with their friends while relaxing at the end of the walk in picturesque Sydney’s Royal Botanic Gardens.

Since 2002 the Kokoda Track Memorial Walkway, near Concord Hospital became the venue for the annual Walk. The 18th Walk at Concord will be held this year; the 26th in all; the Walk was not held in 2000 as the Sydney Olympics were being held.

Since 2002, as the Walk was held at the Kokoda Track Memorial there was excellent support from the Hospital. For the first time in 2006, transport for members was provided through the Guild Transport Program; there was a record attendance of 580 members which included interstate Guild members attending the National Conference held in Sydney.

Over the past few years, the “Walk” has become a Walk and Picnic, as some of our older members find it difficult to walk, but still enjoy the day out. Our members enjoy the day out and the companionship of their friends; the walking is more an option these days, rather than a requirement. However, we still see members walking actively or with the assistance of mechanical walkers.

We have appreciated the assistance of DVA staff at our Walks and in recent years we have had the additional support from a team of National Australia Bank volunteers. Their help has been invaluable in ensuring our members are well served and stay safe on the day.

Early War Widows’ Walks were organised by the Guild and members provided their own lunches, with a small subsidy by the Guild. Since 2011 a DVA grant of $2,000 as part of the Healthy Lifestyle Funding has been very welcome to allay the costs of providing chairs and shelter for our ageing members. We hope to have up to 150 members attending this year.